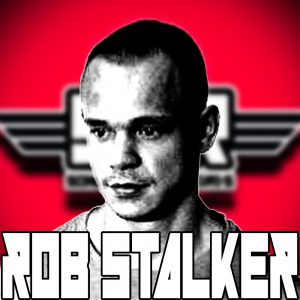 Pierre aka „Rob Stalker“ was born in 1979 in Hamburg, Germany. During his early years he has already been interested in electronic music, like Kraftwerk, Depeche Mode, The Art of Noise and many more electronic artists.

At the age of 10 years, he started with keyboards with which he worked a few years to make his own music (Simple melodies and beats). Over the years Rob’s music became harder and changed to hardcore techno and gabba. At the age of 13 he listened to a lot of hardcore CDs like Thunderdome, Rave The City, Terrordrome and many more.

Influenced by this hard music he began to produce his first hardcore tracks on an Amiga 500 with tracker programs. He also tried to produce many other styles like BreakBeat, Jungle, Hard Trance, Psytrance, Acid and Ambient. From the Amiga 500 to Roland-Groovebox machines (MC303 and MC909) up to the PC and infected by many hardtechno parties he found his main style „Hardtechno“ in 2006.