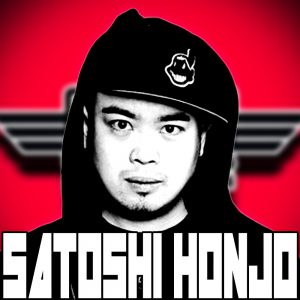 Satoshi Honjo was born in Sapporo, Hokkaido, has created tracks since 1998 and started his career with Hardcore Techno music. He moved to Tokyo in 2003 and started as Techno DJ around then.

Now he is the organizer of “Adrenaline Tokyo” which is known as the only Hardtechno/Schranz party in Japan and has invited lots of DJ’s from Europe (f.e. Frank Kvitta, Kaoz, Ewe, Electronmike, and Davidchristoph).

Also he is making Hardtechno tracks and has been released by labels in Germany, UK, and some countries since 2009, ie : Bullshit, Friendly Fire, Killaz and so on. He established a new label called “Adrenaline Tokyo” in October 2012 and will release his own tracks and new talents from Japan.