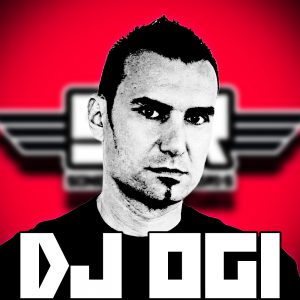 His style has always been based on techno, and even today it’s a combination of pumping techno with  dark elements, marked and well rounded with his beastly mixing technique. His DJ and Live P.A. sets could be heard at the raves and parties such as Dance Valley a Spaarnwoude (Hol), Love Parade in Berlin (Ger), Apokalypsa in Brno (Cz), Montagood a Lleida (Esp), Cosmo in Firenze (I), Liberty White in Oostende (B), ECO Festival in Nova Gorica (Slo) and  in clubs like Lov.e in Sao Paolo, Zoreks in Lleida, Florida 135 in Fraga, Fabrik in Ostrava, MDa in Florence, Cinema in Kiev, Ambasada Gavioli in Izola, Lagoa in Menen, Factory in London, Dom In Berg in Graz, Habitat in Barcelona, Fabrik in Ostrava, ExExtreme in Bratislava, and of course, in many Croatian clubs.

With releases on numerous renowned vinyl labels like Submission, Planet Rhythm, Compressed, Patterns, Holzplatten and Compound (some of it featured on compilations like „Mayday“, „Palazzo Mix“, and „The Detroit Connection by Kevin Saunderson“),

Today Ogi is behind several labels (Techno Factory, Noisy Room, Technodrome, Dark Noise…) and his productions were played by numerous well-known DJ’s, including the one and only Aphex Twin!

SSR: Ogi, please introduce yourself and let us know what you do?

DJ Ogi: I am deejay, producer, label owner, promoter and fan of Techno music. I come from Rijeka, the biggest industrial town and main port for shipping of Croatia.

Please tell us about your musical roots and how did you get into the Techno scene?

In the early 90`s I had my first contact with electronic music. I was really into hard beats like Hardcore and progressive hard Techno. In 1994 I had a first touch with the Detroit sound. From that point in life I was 100% into Techno music. In that early period I was a resident deejay in Club 82, where I made my first Techno party. From that moment all started.

When did you start Djing and producing? And how did that come about?

I started deejaying at 1993 on private parties. From the beginning I was into dance music and deejaying was just the next logical step to express my feelings about that music. The further step was starting to produce, what I did in 2002.

How would you describe your style when you DJ and produce?

In a sentence: It’s hard Techno combined with groovy, stomping and driving elements.

What kind of equipment do you use?

I use a PC, plugins plus a special plugin card, good speaker monitors, a good sound card and sometimes midi controllers. Also I work with programs like Ableton, Logic Audio, Acid and Sound Forge.

When I make a live p.a. I use two midi controllers (uc33e and evolution keaborg) plus effects.

When you start making new tracks, is there a special procedure or strategy?

Sometimes yes, if I have some idea in my mind. But otherwhile the idea occurs to me just when I start to make a track. Everything depends on how the day is. Sometimes you can’t just do what you wanted to do and you need more time for it, and otherwhile everything’s going so easy. J

Meanwhile a lot of artists changed to playing digital at partys. And also digital labels are gaining ground. What do you think about that?

I am not a friend of all that digital stuff because it almost killed vinyl and one huge part of the music industry. For me the only right way to transport this sound is vinyl. But I know I have to change the music format and follow the progress. That`s future. For me it’s hard to imagine playing only digital, because vinyl has soul and you can touch it. In these hard days for vinyl, these hard times to find good vinyl to play, I started to do more live p.a. sets. Anyway till the end I will always play records. Vinyl will survive with a couple of labels.

You already played on many partys, in different countries and in front of a huge crowd. How is this for you, being a DJ and seeing all the people dancing to your sound?

The feeling is great. All artists know that. It’s all about expressing feelings. I can say: Artists are the happiest people of the world because of the energy you can give to the people and the energy the crowd gives you. Especially when you play your own music!

Is there a difference between the way the people celebrate in each country?

Yes, it’s always a bit different. Some are more crazy and you get a better feedback. Others are kind of “colder”. Globally I can say: There isn’t so much difference. We have the best audience because of our energetic music. It’s hard to stay cold on this music. J

What was your best or funniest and worst moment while playing at a party?

One of the best moments in my life was definitely my all night session “Journey”, which I do once a year in front of the crowd in my town. It’s a really special feeling and the energy is always positive. I also had some great gigs in clubs and on festivals in Czech Republic, Spain, Belgium and Italy.

Hm… until now I had no bad experiences while I was playing.

You are one of the pioneers of the Croatian Techno scene. Can you tell us a little bit about that and also about the scene in Croatia?

I’m only one of the Croatian scene pioneers in hard Techno. There are a couple of quality artist who also do Techno or other electronic music. The scene is small but always strong with a great audience and really nice parties. In summers we have some big events, but they’re more focussed on commercial stuff, like House and Trance. Techno is more representative in winter when clubs are busier there. There’s a kind of hard Techno center in Zagreb and Rijeka.

What about the (Hard-) Techno scene generally? Are there things you like and dislike?

The hard Techno scene is always cool, even if it’s not that big anymore like in the past. But it will stay. It has taken its place in modern dance music. There are always periods of ups and downs, changing styles and things that follow the change progress in all kinds of music.

In the Hardtechno scene I don’t like parties that already start hard and continue that way till the end. Constantly the same… nothing else but banging without a slower intro warm up that will boost the party to its climax.

How about the newcomer Djs and producers? What’s your opinion?

There are a lot of good newcomer deejays and producers. As always. It’s easy for them to make music because nowadays they’re able to use more quality software. But it’s hard for them to enter the top level of the scene. There are too many new artists beneath the well known “older deejay stars”. And competition is really tough. But persistence will be rewarded!

Since 2005 you manage the label BEAST MUSIC together with Daniel Gloomy. Please let us know about you guys and your label?

I’ve known Gloomy a long time. Because of the same vision of hard Techno music we both had, we decided to establish our label. That’s how Beast Music was born. Since that time we made releases with some of the top producers of hard Techno.

What is DJ Ogi doing in his free time?

I take care of my daughter and wife. Hehe… and my wife takes care of me. J

And I do some fitness like three or four days a week.

What kind of music do you listen to in your free time?

Usually I listen to electronic music. It’s about 90% Techno and 10% of other music, like progressive House or Minimal. Sometimes I listen to some great bands like Depeche Mode, Pet Shop Boys etc.

In February 2009 you released on SONIC SPEED RECORDS. What can you say about the label, the released record and the collaboration between you and the label?

Sonic Speed Records has a nice and professional crew. It was a pleasure to release my EP for them, which was also the first release of the label. I wish them all the best for the future and they have to fight to stay on vinyl!

What will the future bring for you, your music and your fans? What can we expect?

These days I will release my debut album “Journey”. It will be published by Submissions and out in all shops this month (february 2010). It’s a double 12” with nine tracks including intro.

Any last words to the people out there?

It’s nice to be part of you and our big and happy Techno family. Rave on!

Thanks a lot for the interview!